Inspiring Stories of Amazing People and one amazing dog

These stories are about lives well lived and the deaths that followed them, some well planned, some unexpected, all too soon. If you'd like to share your own story with me, you can do that here. 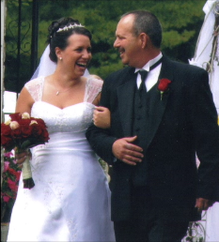 As Jenny told me the story of her dad’s life and death I could see the pain in her eyes.  It took all I had to hold it together as I listened.
Shockingly, at age 54, her dad Tim had a heart attack.  His surgery was successful, but he seemed a little forgetful.  Over the months this progressed and Tim was diagnosed with advanced Alzheimers.  His initial reaction was; “I want to die,” as he envisioned being in a nursing home not recognizing his family.
While trying to cope with this devastating news, Jenny’s second daughter, Charlotte, needed heart surgery at eight days old.  I cannot imagine the terror this family endured.   She recovered well but Papa continued to decline.  For 18 months he was part of a study in Toronto, knowing that it would not save him, but may help someone else.
Jenny traveled back and forth with daughters Madalyn, four and Charlotte then two, to help mom take care of her dad at home.  He became more unsafe and odd things would happen.  Once Jenny’s mom made several fruit cakes and they all went missing, never to be seen again.
In the last month of his life, in a confused state he asked; “What is going on?”  Jenny bravely and honestly replied; “Dad, you’re dying.  We are here with you.”
In the last few days they had old dad back, joking and content. Perhaps he knew his battle was coming to an end.  Jenny reluctantly went home one evening. Her brother Tom and family left as well.  The grandkids had spent that day colouring pictures telling stories, and rubbing Papa’s feet.  This was their last day together.  And with his best friend Shirley at home, wife of 34 years, Tim took his last breath peacefully in his bed.  Jenny wished she was there but they were all there for him when it mattered most.  This is what he chose.
The grandchildren wrote letters that went into the casket and set their beautiful bouquets on top of it.  They were at the funeral to say goodbye. The week after he died, Jenny saw a double rainbow two days in a row.  Her dad was letting her know that he was okay, and that she was going to be.
I asked Jenny what she loved most about her dad; “He was most patient, a quiet loving man, the calm when everything was frantic.  He was Mr. Fix-it, a skilled woodworker and a fabulous cook. A provider and caring man who only wanted grandkids to play with and spoil. He had such a deep love with my mom. I can only pray that my marriage is half as beautiful as theirs.”    It will be one year on October 6th, 2014 and the pain of loss is still present as the stages of grieving continue to unfold.  I do hope that Jenny and her family feel peace in knowing how much love they gave her dad in his life and in his dying process, remembering the special moments they had.   And I hope that every rainbow Jenny sees makes her smile, knowing that he is okay. 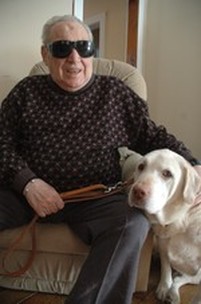 It Was A Good Death

Homer lost his sight at the age of 17, but that did not stop him from living his life fully.  He married, had five children and blazed a trail for the disabled.  He golfed, bowled and lived his life philosophically, always seeing his cup as half full.  When he was dying he wanted things done right. He had his daughter bring him a tie so he could knot it. He shopped for a new suit. He had lockets  engraved for his wife and daughters.  He dictated letters to be given to his family and even wrote his own eulogy (which he insisted his daughter practice).  He planned his life well and he planned his death well.  As he lay dying with his daughters were at his side, holding his hands. His daughter Sue said "Jump".  Her sister followed her lead and said "Yeah Dad, jump!"  And with a life lived fully and a death well planned, he did. 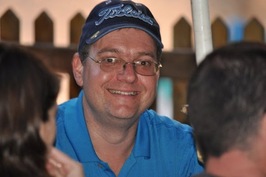 When choosing his best man for our wedding, Geordie thought of his mentor - a friend who had made a difference in the lives of so many.  He chose a man who was an amazing camp counselor, who lived his life to the fullest, a friend to all. He chose Keith.

Keith's enthusiasm could be felt no matter what he was doing. He invited friends to his cottage for weekends of endless fun, high-speed watersports, and board games that would last all night. He traveled, loved his family deeply, and he was even a rock-paper-scissors expert (true story!).

Although everyone who loved him wishes his life would have been longer, they have many fond memories to last a lifetime. Keith embraced every moment he had.  The best way to honour Keith would be to live the way he did: with love and happiness, surrounded by family and friends. "Thank you for all that you taught us, Keith. For all that you were to so many." 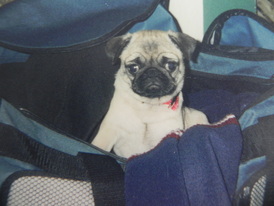 A Tribute to a Pug

Just as I began writing a book about preparing for the end of life, our Pug, Frankie, was dying before my eyes. She had these spells throughout her last year and always recovered from them, but when I picked her up on that last night I quickly realized that she could no longer move her body. I was alone with my dying dog and felt instantly lost. I took a few deep breaths and gathered my thoughts.  "I need to love her to death. Literally," I thought.

I sat with Frankie and rocked her for a long time and then i brought her to bed with me. I wrapped her in her blanket. My husband was working nights so I knew it would be just the two of us. Frankie's breathing was laboured but she was not in distress. I hugged her constantly and told her how much we loved her and what a great dog she was.  I was reminded of the scene at the end of the movie Marley and Me, and it seemed surreal that the same thing was happening to me. I barely slept, checking her often as her breathing became more and more shallow.


Frankie died at 4:00, right beside me. I cried hard and instantly felt pangs of regret.  "I should have played with her more, I should have been more tolerant, I should have let her up on the couch even though she smelled," I thought.  It's amazing how hard we are on ourselves and how quickly guilt can set in.  I reminded myself that we gave her a great life and forgave myself for my impatient moments.


I am grateful to Frankie for all that she was to us and for the life lesson of living in a way that won't make you feel guilty in the end.
You are welcome to share this site and the content within it. Please include a credit to Love Your Life to Death. The information included on this website is for education only and does not replace specific legal or medical advice. Please refer to your health care provider and legal adviser for questions regarding your decisions.
ABOUT YVONNE       SPEAKING        THE BOOK       #IJustShowedUp       EVENTS       MEDIA      RESOURCES       CONTACT       HOME      PRIVACY
Copyright 2022